I recently did a video on the hemmer foot. I received a great question! Is the hemmer foot the same as a picot foot? It is totally understandable that one would think so because they look so similar. But they are, in fact, different feet.

Although they look very similar, the channel on the bottom of the hemmer foot is flat. This results in a flat hem. Also, generally, when using a hemmer foot, you use a straight stitch. If you want to see more specifics on the hemmer foot, be sure to check out other video: https://www.youtube.com/watch?v=pS7k1jA0wMw

Results From Both Feet

I stitched a couple of examples so that you can see the difference between the two.

Here are the results for the hemmer foot:

Here are the results for the picot foot:

Both of these presser feet are great. It just depends on the look that you are going for.

Like the hemmer foot, the picot foot can be a little tricky to use at first. Don’t give up. It really is a cool accessory. The first thing that you want to do is create a thread tail. This is done by doing a couple of zig-zag stitches at the corner of your fabric. Pull out several extra inches of thread. Move the thread of your machine to the back. Now, with your thread tail vertically in front of you, bring it from the right to the left, getting it into the funnel.

This is because you actually start sewing before the fabric is in the stitching area. It sounds weird, but it provides better results.

After you have placed your fabric correctly, lower your presser foot. While lightly pulling the thread tail, do a few zig zag stitches. Stop. In order to feed the correct amount of fabric into the funnel, fold over the fabric to where the raw edge is using the toe on the left as a guide. As you sew, maintain keeping the fabric on that toe. If you do that, you will get great results.

As you become more comfortable with this presser foot, you will get quicker at it. Stick with it.

Until next time, Happy Sewing, Everybody! 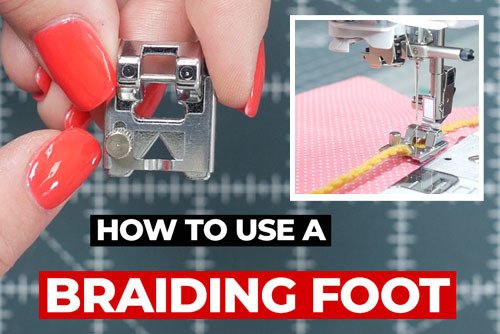 How To Use A Braiding Foot

Braiding Foot. What is it? It is a presser foot that helps you sew embellishments to your projects. You will often see it used with… Read More »How To Use A Braiding Foot 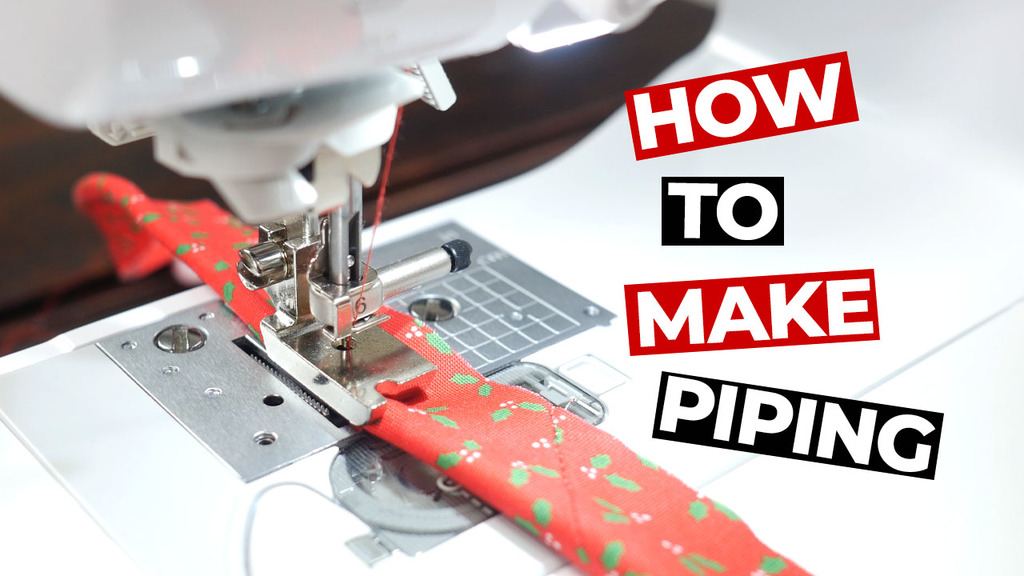 How To Make Piping

Making piping for a project can be really fun. Using a welting foot makes the job easy! What Does A Welting Foot Look Like? A… Read More »How To Make Piping